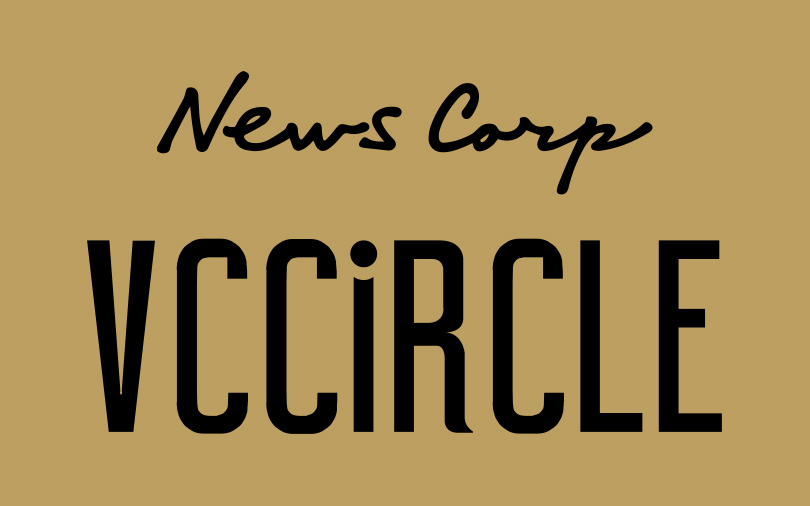 Hindustan Foods | March 4, 2019
https://www.vccircle.com/sixth-sense-ventures-scores-blockbuster-returns-in-secondary-deal Venture capital firm Sixth Sense Ventures has earned multi-bagger returns for a second time by selling the bulk of its stake in a company from its young portfolio. The consumer-focussed VC firm founded by Nikhil Vora sold three-fourths of its stake in Hindustan Foods Ltd on Friday. This is the second liquidity move by the VC firm from Hindustan Foods, a contract manufacturer for fast-moving consumer goods, after it sold a small chunk of shares last May. The investment firm had invested Rs 8 crore ($1.1 million) December 2016 for a 15.4% stake in the Goa-based company previously owned by the diversified conglomerate Dempo Group. In May 2018, Sixth Sense made a partial exit and took home a little over Rs 2 crore, before accounting for transaction costs and statutory levies. In the process, it recovered a fourth of its principal investment. Now, Sixth Sense has sold an 11.11% stake for Rs 54 crore, taking the total amount it has fetched so far to Rs 56 crore. Hindustan Foods has not paid dividend for the past many years. WestBridge Capital Partners, a homegrown public markets-focussed private equity firm, bought Sixth Sense’s stake. Overall, WestBridge bought an 11.54% stake for Rs 56 crore, stock-exchange data showed. Sixth Sense has clocked nine-fold return on its investment in a little over two years. This translates into an internal rate of return (IRR), or annualised return, of 170%, VCCircle estimates show. PE and venture capital firms typically target 20-30% IRR in rupee terms. Sixth Sense retains a 3.3% stake in Hindustan Foods, valued at Rs 16.4 crore. In addition, Vora owns a 4.08% stake in a personal capacity through wife Chaitali. That stake is worth upwards of Rs 20 crore at the current market rate. Shares of Hindustan Foods gained 1.3% to close at Rs 369.85 apiece on the BSE on Friday, giving it a market capitalisation of Rs 500 crore. The stock has traded between Rs 484 and Rs 252.80 over the past year. Stock markets were closed on Monday for a religious holiday. However, the rationale of the stake sale in Hindustan Foods is not clear as Sixth Sense is simultaneously making a fresh investment through warrants. VCCircle reported last week that Convergent Finance, a private equity firm floated by former Fairfax India executive Harsha Raghavan, had agreed to invest in Hindustan Foods. Sixth Sense is buying warrants convertible into equity shares as part of the same deal. An email query sent to Vora seeking comment on the divestment and returns estimate did not yield a response till the time of publishing this report. Sixth Sense’s investments Hindustan Foods is not the first investment that has given the VC firm abundant returns. Sixth Sense had previously invested in another Mumbai-listed firm JHS Svendgaard Laboratories Ltd, which makes oral care products on contract for brands such as Dabur, Patanjali and Amway. It has also launched its own oral care portfolio under the brand Aquawhite. Sixth Sense had bought an 11% stake in the Delhi-based company in early 2016 for Rs 3.3 crore. This stake fell by half when the company issued convertible warrants to its promoter and other investors. In October 2017, Sixth Sense exited its investment in JHS Svendgaard for Rs 23 crore before taxes. It is likely to have made nearly seven-fold returns, or 175% IRR, on that investment, VCCircle estimates show. Vora and his wife continue to hold a substantial chunk in JHS, stock-exchange data showed. Sixth Sense was founded in 2014 and raised Rs 125 crore for its fund. It had invested in luxury watch retailer Ethos in its debut deal. In January 2015, it put money in Cross Roads India Assistance Pvt. Ltd, a roadside assistance provider for cars and two-wheelers. In November 2016, it backed Grab, a Mumbai-based hyperlocal logistics service provider. From the first fund, it backed 10 companies such as gaming arcade operator Smaaash Entertainment Pvt. Ltd besides Hindustan Foods, JHS Svendgaard and Grab. The investment firm floated its second fund last year with a target corpus of Rs 350 crore. Sixth Sense has struck three exits from the first fund and recorded an aggregate multiple on invested capital of 2.3 times, or 40% IRR. From the second fund, it has invested in seven companies and exited none so far. These include an investment in Rakesh Jhunjhunwala-backed Fullife Healthcare Pvt. Ltd, which sells sports nutrition supplements under the brand Fast & Up, in June last year. Its other investments from the second fund include AVG Logistics and Eupheus Learning, which develops textbooks and their digitised versions to integrate class and home learning. 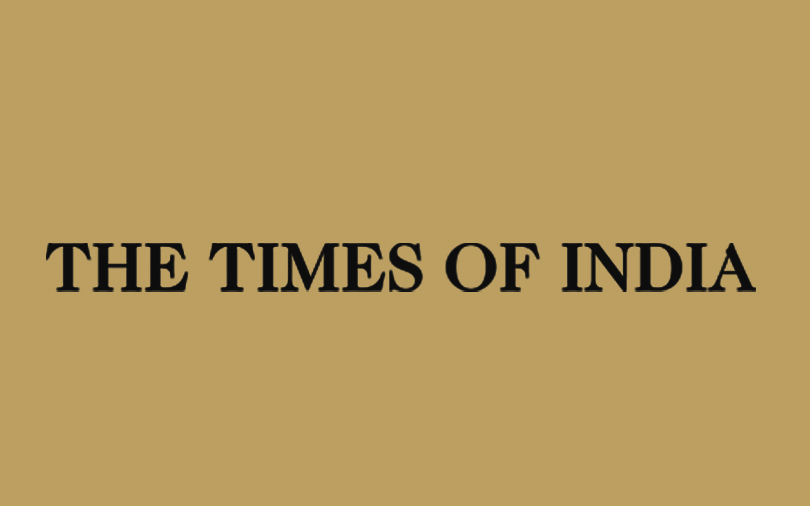 Hindustan Foods | February 28, 2019
https://timesofindia.indiatimes.com/business/india-business/convergent-sixth-sense-back-hindustan-foods/articleshow/68192652.cms Bengaluru: Convergent Finance, a PE firm founded by former Fairfax India head Harsha Raghavan, has closed its maiden deal by leading a Rs 100-crore investment in Hindustan Foods, which contract-manufactures products for multinationals like Reckitt Benckiser and Unilever. While Convergent is investing Rs 70 crore in the company, existing backer Nikhil Vora’s Sixth Sense Ventures is putting in the remaining Rs 30 crore. After the investment is completed, Sixth Sense will hold about 20% stake, while Convergent will have about 10% stake, according to a source familiar with the matter. Sixth Sense had first picked up the stake in the company in 2016. Since then, the valuation of the company has gone up about nine times. Hindustan Foods was owned by Dempo Group but Vanity Case Group, led by Sameer Kothari, acquired a majority stake in 2013. The company is responsible for manufacturing about a third of Hindustan Unilever’s beverages business, like Bru coffee and Lipton tea. It also works with companies like Danone and US Polo. For Convergent, it is a bet on India’s growing middle-class consumption. “There is a move from hundreds and thousands of contractors towards more strategic manufacturers in this space and we believe that Hindustan Foods is best placed to capture this. Also, because of GST, the entire dynamics of the industry have changed and we can set up large, automated modern facilities to serve the entire country,” Raghavan told TOI. 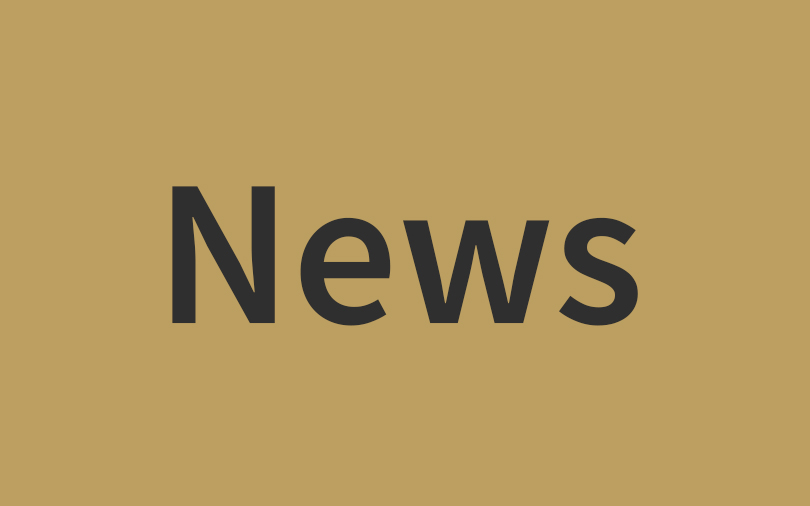 Hindustan Foods | February 27, 2019
Mumbai, 27th February, 2019 Sixth Sense Ventures' second fund, SSIO II has committed to invest around Rs.30Cr. (subject to regulatory and shareholders approvals) in Hindustan Foods Limited, leading to its stake to be around 17% (along with SSIO-I). Sixth Sense's investment further bolsters its philosophy of backing first-generation entrepreneurs operating in large consumer categories. Sixth Sense had first invested in Hindustan Foods in December 2016 when the company's FY17 revenues were at Rs.37Cr. HFL has since grown manifold with a clear visibility of hitting the Rs.1,000Cr.+ revenue milestone by FY20. Sixth Sense believes that manufacturing will be extensively outsourced by FMCG companies, while they focus solely on brand innovation and distribution. Hindustan Foods, amongst the very few relevant leading contract manufacturers, is perfectly geared to capture this burgeoning demand. Through its unparalleled and customised manufacturing solutions delivering superior efficiency, HFL has already managed to be a significant partner with Unilever, Reckitt Benckiser, GSK, Danone, Marico, U.S. Polo, Steve Madden and others to manufacture Home Care, Personal Care, Foods, Beverages etc for them. "With a strong vision for the future, a partner with a thorough understanding of consumer markets is essential to fund future growth (organic and inorganic), and Sixth Sense is just that. We are thrilled to have Nikhil Vora repose trust in us once again and sharing our vision", said Sameer Kothari, MD of Hindustan Foods. Nikhil Vora, Founder and CEO of Sixth Sense says, "Our partnership with Sameer and Hindustan Foods started almost 3 years back. I am elated to see the journey and path that HFL has set for itself. Our belief that Consumer Manufacturing, a USD 35B space, will over the coming years become a Consumer Outsourcing opportunity of USD 7B+, seems to be a reality. HFL, to us will be amongst the most relevant players in this space, with the capability to become India's largest contract manufacturer. I will be surprised if HFL does not become a USD 1B company over the next 5 years! Extremely pleased to continue to be part of HFL and wish Sameer and team the very best as the company becomes the premier consumer contracting player in our country”. 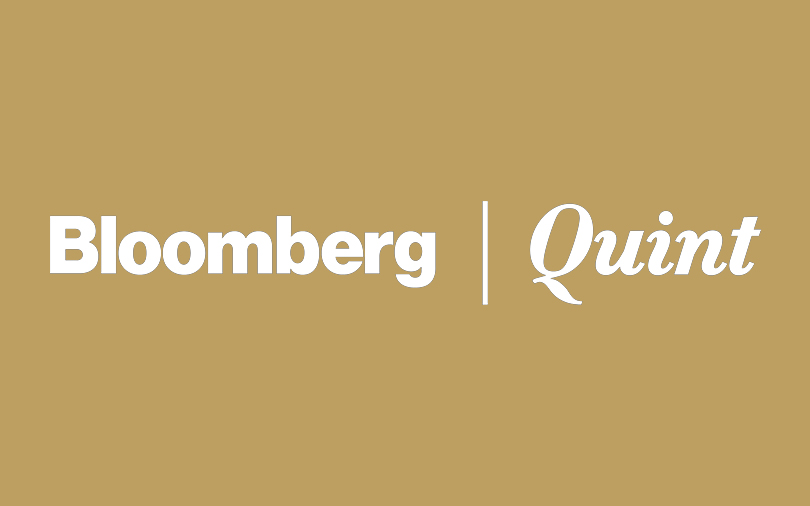 Hindustan Foods had posted revenue of Rs 37 crore in 2017. Sixth Sense Ventures and associates hold a 20 percent stake in the company.

The company can deliver 22-23 percent return on investments from 15-16 percent earlier, Vora added.

Hindustan Foods | December 9, 2016
https://www.vccircle.com/exclusive-sixth-sense-bets-kurkure-snack-maker-hindustan-foods Sixth Sense Ventures, a consumer sector-centric venture firm, has invested in Hindustan Foods Ltd (HFL), the vendor that makes PepsiCo Inc’s Kurkure snack brand, the investment firm’s founder told VCCircle. Nikhil Vora said the Goa-based food company fits well into Sixth Sense’s strategy of backing first-generation entrepreneurs operating in large consumer-centric categories. HFL CEO Sameer Kothari also confirmed the deal. This marks the second new deal by the VC firm after it completed the fundraising process for its debut investment vehicle in June. It earlier invested Soothe Healthcare, the maker of Paree sanitary napkin. Vora said Sixth Sense has put around Rs 8 crore ($1.1 million) to acquire a 16% stake in Mumbai-listed HFL. He added that the company is well poised to grow its business in multiple categories. HFL was earlier owned by Dempo Group, which sold a significant stake in the company to Vanity Case Group in 2013. Vanity Case operates 13 facilities in India and is among the largest contract manufacturers for consumer products. HFL makes Kurkure for PepsiCo and baby food products Farex, Easum and First Food for Danone. Besides PepsiCo and Danone, Vanity Case also works with Reckitt Benckiser, Hindustan Unilever and GlaxoSmithKline to make personal and home care products and processed foods. Vora said that HFL is looking at some acquisition opportunities to strengthen its manufacturing business and diversify into new product categories. Sixth Sense’s other deals, debut fund For the VC firm, HFL is the ninth firm it has backed since it started investing in December 2014 with the debut deal with luxury watch retailer Ethos. The next month, it invested in Cross Roads India Assistance Pvt Ltd, a roadside assistance provider for cars and two wheelers. The investment firm floated by Nikhil Vora, former managing director of IDFC Securities and its co-head of research, has also invested in Weddingz.in, an online marketplace for wedding venues and vendors, and in oral care products company JHS Svendgaard Laboratories Pvt Ltd this year. In August last year, it invested in media group NDTV's e-commerce venture Gadgets 360 and auto portal. And in November last year, it backed Grab, a Mumbai-based hyperlocal logistics service provider. The VC firm made the final close of its debut fund in June raising Rs 125 crore, after resizing the target corpus. It planned to invest in about a dozen companies from this fund, all in the range of Rs 10 crore, Vora had told VCCircle earlier. Vora is independently also a private investor in several firms including One97 Communications, the firm behind mobile wallet and e-commerce firm Paytm; Kangaroo Kids Education Ltd, which runs Kangaroo Kids Preschool and Billabong High International School; Vini Cosmetics, a consumer goods company which raised funding from Sequoia Capital; sports-focused digital display solutions firm Technology Frontiers, backed by Avigo Capital; and MRO AirWorks, backed by NEA and GTI Capital.